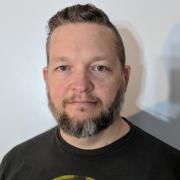 After installing Linux on his old i386 from a CD in the back of a Linux book he was given in 1995, Clint went on to be a Linux and open source power user. Splitting career time between software development and web scale operations gave Clint early insight into what is now known as the DevOps culture. Since then Clint has worked for Canonical on Ubuntu Server, HP on Helion OpenStack, IBM on OpenStack and BlueMix, and at GoDaddy bringing CI/CD and heavy automation to management of a 100,000+ core multi-continent private cloud. Today, Clint is in charge of everything that runs code or stores data at Good Money, the world’s first digital banking platform where we make every customer an owner and allocate 50% of our profits to social and environmental impact. Clint is a Debian developer and delights in running Linux on laptops.