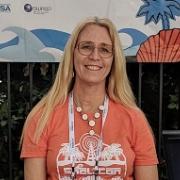 Careering with Both Sides of Your Brain - What do I want to do, and how do I go get that job?

Reborn in IT
Chair
SCaLE

Lori joined her first Internet startup as a senior UNIX system administrator at a company that eventually went public. This got her hooked on the thrilling growth and success process and eventually she started an international executive consulting practice. In 2017 she co-founded the ShellCon infosec conference in Southern California and developed RaiseMe, a unique career development effort for nonprofits. RaiseMe has successfully helped people re-career into their first infosec engineering roles and offers IT leadership training courses.

Lori is a mother of five, most of whom have unsuccessfully avoided careers in engineering. :-)