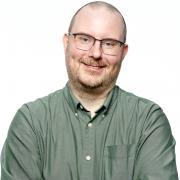 Learning From the Big Failures To Improve FOSS Advocacy and Adoption

Bradley M. Kuhn is the Policy Fellow and Hacker-in-Residence at Software Freedom Conservancy and editor-in-chief of copyleft.org. While working as a system administrator and software developer in the 1990s, Kuhn was an early adopter of Linux-based systems and contributor to Perl. As FSF's Executive Director from 2001–2005, Kuhn led FSF's GPL enforcement and invented the Affero GPL. Kuhn began as Conservancy's primary volunteer from 2006–2010, and became its first staff person in 2011. Kuhn holds a summa cum laude B.S.in Computer Science from Loyola University in Maryland, and an M.S. in Computer Science from the University of Cincinnati. Kuhn co-hosts the audcast, Free as in Freedom. Kuhn received the two primary awards given for work in FOSS: the Open Source Award (2012), and the Award for the Advancement of Free Software (2020).