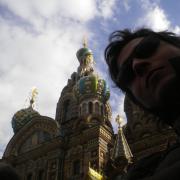 Sergio works at Canonical and is the lead for snapcraft, he has been dedicating his time to all things snappy, these days mostly focused on the developer experience around it. He has previously been more involved in Ubuntu Core and the core of snapd itself; he came from working on the Ubuntu Phone effort as part of the Phone Foundations team advocated to the plumbing layers.

He has previously worked for Intel and Motorola with similar software engineering roles.

In his free time he enjoys family and destresses by practising Aikido.