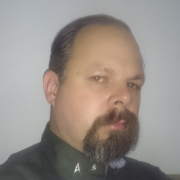 The Internet today is plagued by many problems. From viruses and spam, to identity theft and piracy. We can solve those problems. With a virtual operating system that runs the cloud, using blockchains to secure identities and data, a virtual network layer to protect agains unauthorized network access, and a virtual machine to sandbox untrusted code. This talk will describe Elastos, an Operating System for the smart web.  Elastos is an ongoing open source OS project, which facilitates the new generation of universal apps running anywhere, such as in AR/VR headsets, IoT gateways, game consoles, phones, PCs, TVs, and cloud servers (see Windows 10 UWP). Programmers can use any of three kinds of languages to develop applications: C/C++, Java and HTML/JS.