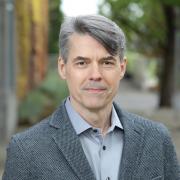 Stephen Jazdzewski has over 42 years of experience in computers and electronics. Today he owns his own consulting firm and specializes in Software Architecture, Programming, Data Modeling, Databases, TDD, Interfaces, and IT Architecture.

At the start of his career in the early 1980's, he ported Peachtree accounting software to the Apple ][. He then became the first employee of Central Point Software in 1981, which developed Copy II+ and PCTools. He went on to write software for the wholesale lumber industry in DB2/Clipper. In the mid-90's, Stephen started "Cool Jargon of the Day," listed in PC Computing's "Best of the InterNet: Top 1000 Websites."

In 2015, Stephen released the first iteration of his OpenSource SQL Schema, NoCRUD.com.