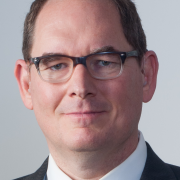 Robert L. Read was first paid as a programmer at the age of 16. He has a PhD in Computer Science from the University of Texas at Austin. He wrote the essay “How to Be A Programmer” (https://github.com/braydie/HowToBeAProgrammer). After a career as a director/architect at medium size software firms, he became a Presidential Innovation Fellow in the Obama administration and co-founder 18F with the federal government. He then founded Public Invention (https://www.pubinv.org/), a US 501c3 public charity, to extend the ideas of the free software movement to free-libre open source hardware inventions. As the Head Invention Coach of Public Invention, Rob mentors teams making a variety of invention projects, including tools for mathematics, water quality analysis, and robotics, When the pandemic broke, Public Invention began creating free-libre open source tools for pandemic response teams to use and arguing for modular open source respiration support medical devices.