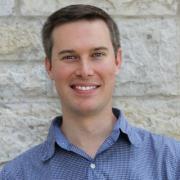 Chip Zoller is a technologist, maintainer, and contributor to the Kyverno project where his primary focus is on process, enablement, documentation, automation, policy design and authoring, and community. Chip's background is as an architect, engineer, and cloud native consultant having spent over twenty years fulfilling roles spanning the gamut in companies from small to large, most recently Dell Technologies where he was a lead system architect for edge computing. Prior to dedicating himself full time to technology, he previously was a classical musician and holds a doctorate in performance. He is a maintainer and contributor to several other open source projects in the CNCF, is active in the broader Kubernetes community, and blogs at neonmirrors.net. Chip is a technical product manager at Nirmata and lives in central Kentucky with his wife and two rescue dogs.