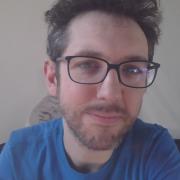 Axel works by day as a solution architect for Element, helping grow open communications using the Matrix protocol in a siloed world. By night, he's a volunteer for La Quadrature du Net, a French non-profit defending fundamental freedoms in a digital world. He previously worked on open source security as part of the Red Hat Office of the CTO's Emerging Technologies Security team, where he worked on projects such as Enarx, Keylime and sigstore. He has studied economics, “done agile”, worked on the blockchain ecosystem, talked before the French Senate, been involved in open source communities for over a decade and in his spare time enjoys cooking, skating, martial arts and organising to protect fundamental rights.