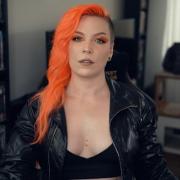 At this point, just about everyone working in or adjacent to a technical role has heard of Kubernetes. Most of us don’t use it directly – for a long time, Kubernetes has been the domain of specialists, rarely touched by most developers at a company. As a result, there hasn’t really been a reason for a lot of developers to understand what Kubernetes is and why it’s useful. This isn’t the same Kubernetes we had a few years ago, though. It doesn’t have to be as difficult to stand up a cluster as it used to be, and it doesn’t have to be a process that remains entirely isolated from your developers. Join me for a developer-focused introduction to Kubernetes and learn how to stand up all of your infrastructure and deploy an application to it in just a few minutes, using a programming language you’re probably already familiar with!