Exemplars in practice: Finding the needle in your observability haystack 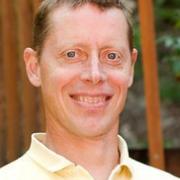 A common desire among SREs is to have the ability to quickly jump between different types of telemetry data, for example being able to jump from a dashboard showing a metric to the distributed traces that the metric represents. Observability vendors have come up with various proprietary approaches to meet this need with varying degrees of success, but open-source solutions have started to gravitate towards the idea of exemplars to provide a common solution to this problem.

In this talk, Joel will give a brief introduction of exemplars and to the open-source tracing landscape (e.g. OpenTelemetry), and cover how exemplars give engineers a straightforward path to jump from a metric on a dashboard to a trace related to that metric - ultimately allowing them to be more efficient. He will also explore some limitations of using exemplars, namely:

Joel will also present an alternative method to exemplars for linking metrics and distributed traces that addresses the problems that have been discussed by giving engineers the ability to create the link between a dashboard and a query to analyze all of the relevant traces they have collected from their applications.