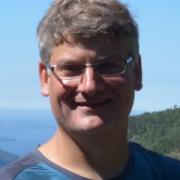 Cornelius is into multi factor authentication since 2004. He is the project lead of the MFA system privacyIDEA.

As a consultant he learnt to unterstand customers requirements in heterogenous networks. He planned and implemented several PKIs for smartcard usage and was one of the first to work on the interoperability of the Aladdin eToken.

Cornelius spoke at several conferences in Germany, in the Netherlands, in Belgium (FOSDEM), in Denmark and in the U.S.