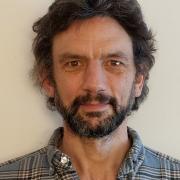 Jonathan started out in academia, gaining degrees in Physics and Math and a PhD in Atmospheric Science.

Since then he has been involved in software projects in many different fields, forming his own company (Cloudgarden Software) in 2006 with products such as a library that implemented the Java Speech API and a GUI builder plugin for Eclipse (named Jigloo). Most projects involved databases and user interfaces on platforms from desktop, to web and mobile.

He has worked with Transformix for over a decade on many projects involving migration of legacy systems to modern platforms, often re-implementing legacy tools in Java. Over the course of years he has investigated, with Transformix/Charles, numerous Java frameworks with the goal of streamlining the migration of legacy database applications to a modern framework, preserving the value of the legacy application while opening up myriad new possibilities. They believe that the CUBA platform best facilitates this goal.