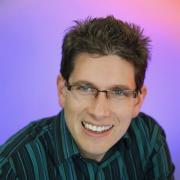 Jason Cox is a Director of Platform & Systems Reliability Engineering at The Walt Disney Company. He majored in computer science and electrical engineering at the University of Tulsa and later worked in civil engineering, helping transition from manual drafting & engineering to CAD and then helped design and build public infrastructure and residential subdivisions for 6 years. He then co-founded a local ISP and web hosting startup, managing datacenters and business operations. After 6 years, he relocated to California and took a job at Disney where he has been the past 13 years supporting The Walt Disney Company businesses. He currently leads several enterprise technology platform software engineering and SRE teams.

Jason is a champion of DevOps practices, collaboration, curiosity, automation, agile and lean methodologies. He is the author of iCurlHTTP, an iOS app for those who want to cURL on the go and currently resides in Los Angeles with his wife and their four children.

The Book of Jason