How Social Media, The Internet, and Ham Radio Saved The Day After Hurricane Maria In Dominica 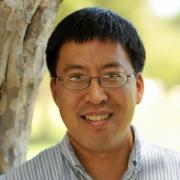 73,000 people—an entire nation—were completely cut off from the world, with no phone, no Internet, and no power (and no food or water!) for days after Hurricane Maria on the island nation of Dominica as a Category 5 hurricane: here’s how social media, the Internet, and ham radio all converged to save the day when everything we take for granted in modern life failed. Ben Kuo, AI6YR, an amateur radio operator who got, talks about what happened after Hurricane Maria hit Dominica at full force, and how ham radio operators were the only link to and from the island—and were instrumental in rescuing the Prime Minister, getting word out to the international community about the crisis on the island, helping to coordinate international evacuations and airlifts, and who ended up directing medical evacuations, rescues, emergency water and food, and much more. He also will speak about how radio operators involved in the rescue effort in the Caribbean were also the first to get word of the similar catastrophe hitting Puerto Rico—and what we can all learn about how social media, the Internet, and ham radio can work together in future catastrophes, including what might happen here in Southern California if (when) the “Big One” hits.