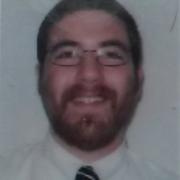 The open-source R language has emerged as a favorite tool among statisticians and data scientists. Originally a scripting language intended only for statistical analyses, it has matured to the point of now being a general-purpose language. This talk is designed to be accessible to everyone. It is not intended to be a complete introduction or even enough to get you up and running, but is rather intended as a showcase of the cool features and nuances of R and what sets it apart from all other languages. Topics that will be addressed include: (1) how/why R came to be the only language widely used by non-programmers (2) how R lends itself particularly well to parallel computing (3) how R plays nicely with others (it can call C++, Python, and SQL code) (4) Shiny, the HTML/Javascript API within R that allows for the rapid development and deployment of data visualizations (5) ggplot2, the powerful graphics library, and also some fun trivia such as: (6) why using more parentheses than necessary will slow down R code (7) how R came to have four different operators for variable assignment, each with a different ranking in the order of operations.