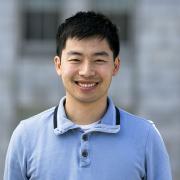 Zhou Zhou is Legal Counsel at the Wikimedia Foundation, which hosts Wikipedia and its sister projects. In his role, he focuses on providing support for products and technology features at the Foundation. Previously, he was an associate at Gibson, Dunn & Crutcher, where he worked on a variety of litigation and transactional issues, mainly in the technology and privacy spaces. He holds a J.D. from Columbia Law School, where he was on the editorial board of the Columbia Science and Technology Law Review and studied Chinese law at Peking University. Prior to law school, Zhou was a software engineer at Salesforce.com and double majored in electrical engineering and computer sciences as well as bioengineering at the University of California, Berkeley. In 2016, Zhou was named a Transatlantic Digital Debates fellow.