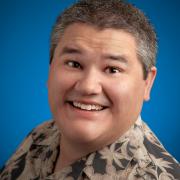 Caskey L. Dickson is a Site Reliability Engineer at Microsoft where he is part of the leadership team reinventing operations at Azure. Before that he was at Google where he worked as an SRE/SWE writing and maintaining monitoring services that operate at "Google scale" as well as business intelligence pipelines. He has worked in online services since 1995 when he turned up his first web server and has been online ever since. Before working at Google, he was a senior developer at Symantec, wrote software for various Internet startups such as CitySearch and CarsDirect, ran a consulting company, and even taught undergraduate and graduate computer science at a University. He has a B.S. in Computer Science, a Masters in Systems Engineering, and an M.B.A from Loyola Marymount.