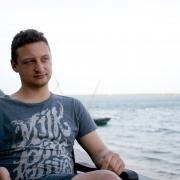 The Dark Arts of SSH
Building your First Linux Kernel

Ben Kero is an engineer and avid tinkerer. He attended Oregon State University and spent way too much time at OSU's Open Source Lab as a community system administrator. He has been running Linux on his desktop and servers continuously since 2006, fixing systems when they break and relishing in the delight of when they don't. By now he should have run into every bug possible, and found ways of fixing most of them. By way of a day job he is a Senior Devops Engineer at Brave Software out of Portland, Oregon. In his spare time he builds electric bicycles, fiddles with home automation, and travels.