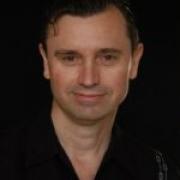 The homeless. They need jobs. Without a laptop, it's hard to apply for work. Robin Rowe led a project that recycled discarded laptops by installing Linux on them. He then personally gave them to the homeless. That helped, but didn't SCALE.

A homeless man named James offered an idea, what if through your phone you could find the nearest homeless person who needs what you want to donate? Don't drive past the homeless to take your old stuff to a far away recycling center or donation center. Give it directly to someone near you who really needs it. Act local, solve global.

PleaseAskJames is an Uber-style app for anyone to help the homeless in their own neighborhood. Free as in beer, it's powered entirely by open source software (Linux, Qt, C++) with help from volunteers and the homeless.