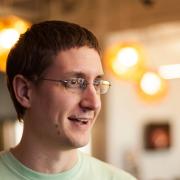 Ceph is an open source distributed object store, network block device, and file system designed for reliability, performance, and scalability. The POSIX-compatible CephFS was declared stable in its early 2016 Jewel release with a limited feature set: we provided basic filesystem repair tools and a horizontally-scalable data plane, but only allow a single metadata server and disable filesystem snapshots. The recent Kraken release built on that with administration and stability improvements, but the upcoming Luminous release will significantly expand stable functionality and feature sets, including multiple metadata servers (for horizontal scalability of both the data and metadata — a true infinitely-scalable filesystem architecture).
Beginning with an overview of the CephFS architecture, this talk will discuss what currently works, what will work in the next release, and what’s still to come.