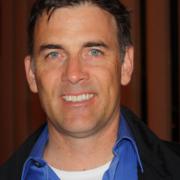 Microsoft Azure is the fastest growing public cloud in the world today, with more globally distributed data centers than Amazon and Google combined. The Microsoft investment in public cloud computing is staggering. In each of the 19 global data center regions, there are 600,000 servers, with a grand total in the tens of millions. Although it is expected that Azure has strong support for Windows-based operating systems, Microsoft is equally committed to supporting the Linux-based operating systems as a first-class citizen. Gartner's Magic Quadrant analysis shows that Azure is a world leading public cloud provider that supports all of today's popular workloads based in Linux. No other public cloud vendor offers 32 core Xeon machines with 450 GB of RAM, 6.5 terabytes of local SSD storage. Linux on Azure supports all the popular IT workloads, such as Java, Oracle, Hadoop, Spark, Cassandra, MySQL, PostGres, Machine Learning, WordPress, PHP, Python, Docker, Mesosphere - just to name a few. In addition, all the major scenarios are supported, such as IOT, Dev/Test, Big Data / Analytics. Azure provides many options to developers and architects. As a simple example, if massive data ingestion is the goal, Azure offers many options, such as Event Hubs, Cassandra, and Kafka. The massively popular world of containerized workloads using Docker has been embraced by Microsoft, who is the number one contributor at this time. Microsoft is even containerizing the Windows operating system, making it possible for companies to run both Linux and Windows based Docker containers as one giant computing fabric. Microsoft is strongly committed to the open source ecosystem and has multiple engineering teams actively contributing to such projects. Microsoft provides an open ecosystem, allowing customers to plug-and-play whatever frameworks and platforms they need. The future of Linux workloads running and Microsoft Azure has never been brighter. In this one-hour talk Bruno Terkaly, a well known author and a principal software engineer at Microsoft, will show many of these technologies in action. Although it is well-known that cloud computing can lower costs and offer the ability to scale up and down easily, the more important value cloud computing brings to the table is the ability for companies to innovate and develop additional top line revenue. today's most successful forward-looking companies take their existing data and build new businesses around the providing insight and intelligence about the future and direction of their core business. Linux running on Azure is the vehicle that many of today's company are using to drive their initiatives forward.