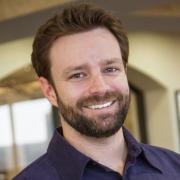 When it comes to commercial video production, it can take thousands of machines, hundreds of compute hours to render a full movie. I had the distinct privilege some time ago to visit WETA Digital in Wellington, New Zealand and tour the render farm that processed The Lord of the Rings triology, Avatar, and The Hobbit, etc. And just a few months ago, I visited another quite visionary, cloud savvy digital film processing firm in Hollywood, called Digital Film Tree.

Windows and Mac OS may be the first platforms that come to mind, when you think about front end video production, Linux is far more widely used for batch video processing, and with Ubuntu, in particular, being extensively at both WETA Digital and Digital Film Tree, among others.

While I could have worked with any of a number of tools, I settled on avconv (the successor(?) of ffmpeg), as it was the first one that I got working well on my laptop, before scaling it out to the cluster.

I designed an approach on my whiteboard, in fact quite similar to some work I did parallelizing and scaling the john-the-ripper password quality checker.

At a high level, the algorithm looks like this:
- Create a shared network filesystem, simultaneously readable and writable by all nodes
- Have the master node split the work into even sized chunks for each worker
- Have each worker process their segment of the video, and raise a flag when done
- Have the master node wait for each of the all-done flags, and then concatenate the result

And that's exactly what I implemented that in a new transcode charm and transcode-cluster bundle. It provides linear scalability and performance improvements, as you add additional units to the cluster. A transcode job that takes 24 minutes on a single node, is down to 3 minutes on 8 worker nodes in the Orange Box, using Juju and MAAS against physical hardware nodes.

For my testing, I downloaded the movie Code Rush, freely available under the CC-BY-NC-SA 3.0 license. If you haven't seen it, it's an excellent documentary about the open source software around Netscape/Mozilla/Firefox and the dotcom bubble of the late 1990s.

Oddly enough, the stock, 746MB high quality MP4 video doesn't play in Firefox, since it's an mpeg4 stream, rather than H264. Fail. (Yes, of course I could have used mplayer, vlc, etc., that's not the point ;-)

Perhaps one of the most useful, intriguing features of HTML5 is it's support for embedding multimedia, video, and sound into webpages. HTML5 even supports multiple video formats. Sounds nice, right? If it only were that simple... As it turns out, different browsers have, and lack support for the different formats. While there is no one format to rule them all, MP4 is supported by the majority of browsers, including the two that I use (Chromium and Firefox). This matrix from w3schools.com illustrates the mess.

The file format, however, is only half of the story. The audio and video contents within the file also have to be encoded and compressed with very specific codecs, in order to work properly within the browsers. For MP4, the video has to be encoded with H264, and the audio with AAC.

Among the various brands of phones, webcams, digital cameras, etc., the output format and codecs are seriously all over the map. If you've ever wondered what's happening, when you upload a video to YouTube or Facebook, and it's a while before it's ready to be viewed, it's being transcoded and scaled in the background.

In any case, I find it quite useful to transcode my videos to MP4/H264/AAC format. And for that, a scalable, parallel computing approach to video processing would be quite helpful.

Once the job completes, I can simply click on the output file, Code_Rush.mp4_1280x720_x264_aac.mp4, and see that it's now perfectly viewable in the browser!

File format, audio/video codec, and frame size changes are hardly the extent of video transcoding workloads. There are hundreds of options and thousands of combinations, as the manpages of avconv and mencoder attest. All of my scripts and configurations are free software, open source. Your contributions and extensions are certainly welcome!

In the mean time, I hope you'll take a look at this charm and consider using it, if you have the need to scale up your own video transcoding ;-)