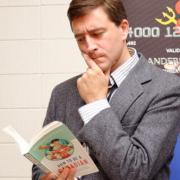 FreeBSD invented the modern Unix container with jail(8) in the year 2000 and today operates as an EC2 and Hyper-V guest, Xen Dom0 and DomU and now includes bhyve, the native FreeBSD Hypervisor. Michael wrote his first jail(8) management system in 2005 and has since operated NetBSD/Xen in production and was the first community user of bhyve, the FreeBSD hypervisor introduced with FreeBSD 10.0. bhyve is a modern, emulation-free hypervisor that relies on the Extended Page Table feature found in modern Intel and AMD CPUs. bhyve provides bare-metal performance for Unix virtual machines and an in some cases will in fact provide better than bare-metal performance. This talk will orient you with all of these technologies.