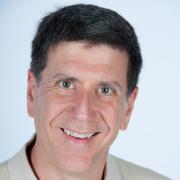 If you were to ask, "Which topic will be the most controversial at SCALE 13x?" Tarus Balog's "Open Source is Dead - And This May Be a Good Thing" talk would probably be up there on the list. Tarus gives his talk at 11:30 on SCALE 13x Saturday, and the SCALE Team caught up with him to ask him why he feels Open Source has no pulse.

A: My name is Tarus Balog and I'm probably most closely associated with the OpenNMS Project. While I didn't start it, I became the primary maintainer in 2002 and somehow I've managed to attract enough people with real talent to work on it that it is not only still around, it is thriving. That experience has caused me to fall in love with open source software and I used it in almost every piece of technology I own.

Q: You're giving a talk on Open Source is Dead - And This May Be a Good Thing. Without tipping your hand on the actual talk, can you give us an idea of what we might expect?

A: Well, open source is most definitely not dead - I just said that to get the attention of the paper committee. But having been involved with open source for over a decade, the perception of open source has definitely changed and I've come to realize that the old ways of thinking about open source have died, and this may be a good thing.

A: I love this show. I was lucky enough to give one of the keynotes at SCALE 8x, but unfortunately I haven't been able to make as many of them as I would have liked. This year it's a treat not only to be able to attend, but also be a sponsor and to get MC Frontalot in to do a show.

Q: If you could ask yourself a question that would make people think you were cool enough to listen to, what would the answer be?