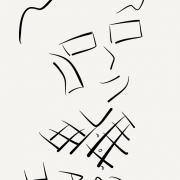 SCALE first-timer Herman Radtke will be talking about Rust -- no, not the metal oxidation that ruins everything it seems to touch, but "Rust: Systems Programming for Web Developers" at SCALE 14X on Sunday, Jan. 24, at 3 p.m. The SCALE Team caught up wiht Herman and asked him about this talk, one of two he is giving at SCALE.

A: Hi, my name is Herman Radtke. I am a sociologist turned full stack engineer turned VP of Engineering at Nordstromrack.com | HauteLook in downtown Los Angeles. I write PHP during the day at work and am a Rustacean at night. I have been using Rust for a few years now and have become real interested in a Rust asynchronous I/O library called mio. I also run the Los Angeles Rust meetup and have been trying to encourage people with all sorts of development backgrounds to try out Rust.

Q: You're giving a talk on "Rust: Systems Programming for Web Developers". Without tipping your hand on the actual talk, can you give us an idea of what we might expect?

A: Rust is a systems programming language, but it does not really feel like one. There has been a lot of influence from the Ruby community on Rust and the result is that we now have a very powerful systems language that is much more approachable. As modern web application architecture is becoming more complex, there is a lot of room for web developers to get involved in the components typically written in C/C++, such as databases, load balancers and message queues, that enable such architectures. Rust makes creating these components easier, safer and I believe more fun.

A: As a Southern California native, I am a little embarrassed to admit that this is my first SCALE. I wanted to attend that last few years, but my schedule did not allow it. I think the Los Angeles technology scene is pretty fragmented, but I hope SCALE pulls a lot of people from different areas together. I want to meet some people from companies and industries that I do not typically meet in downtown L.A. and in the e-commerce industry.

A: I think this is a pretty common misconception. Systems languages are not really any harder to learn than web languages. They are just different. It is the systems themselves that are complex. Rust introduces some new concepts, such as ownership, that will take some time and effort to understand. However, I think Rust is easier to learn than the modern node.js tool chain.

A: I encourage everyone to attend a local usergroup or meetup if they have not already done so. There are so many great people involved in a lot of technologies around L.A. The drive may be a inconvenient, but the people you will meet and the relationships that will grow are well worth it.