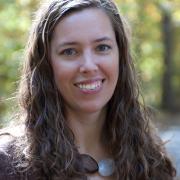 The odyssey that brought Ruth Suehle to the keynoter's post for SCALE 13x is . .  how can we put this? . . . unique. But we'll let her tell the tale while we inform you that Ruth is keynoting on Sunday at SCALE 13x. The SCALE Team caught up with Ruth to talk to her about Sunday's keynote.

A: I was genetically engineered with Kree technology to develop advanced technology for the human race. But there was an unfortunate incident with one of the Infinity Gems that rendered me essentially an ordinary human. So I did the second best thing and started working for Red Hat almost eight years ago on their brand team. For the last few years, I've worked on community instead on Red Hat's Open Source and Standards team. Last year I co-authored a book on Raspberry Pi (http://shop.oreilly.com/product/0636920029083.do), and that's just one edge of my interest in all things maker-y. If you can sew it, bake it, crochet it, paint it, melt it, glue it, solder it, Dremel it, or somehow make it better by setting it on fire, I've probably tried it at least once.

Q: You're giving a talk on "Makers: The Next Frontier for Open Source." Without tipping your hand on the actual talk, can you give us an idea of what we might expect?

A: A lot of words on "Makers: The Next Frontier for Open Source." And a bunch of pictures. Also I talk really fast. On the other hand, it's Sunday morning, and SCALE is pretty good at the Saturday night party, so possibly slower than usual.

More seriously, I'll be talking about the maker community in a broad way. But the crux of it is how important open source is for this burgeoning community and how it's critical for you -- the people who have already learned the lessons of open source through software -- to become involved and lead so that those successes can be realized in hardware and throughout the makerverse.

Q: Can you give us your impressions of SCALE?

A: One of my favorite events of the year. I've been coming for about five years, and I've given talks on open source in pop culture, openness beyond code (such as in business and education), and this year about makers. At some conferences, people keep to themselves and the small groups they know, but at SCALE, everyone is a friend, and anyone else is a friend you haven't met yet. And as a North Carolina resident, I also appreciate the annual opportunity to hit In 'n Out. This year I /really/ appreciate that I'm not back on the east coast in history-making cold temperatures!

Q: You are also hosting Weakest Geek this year. Who are you rooting for?

A: It would be inappropriate to pick favorites, even if one contestant is on my team at Red Hat. I do hope that Gareth doesn't make any awkward errors about Stargate this year -- the audience at Weakest Geek is a tough crowd. Things can turn ugly. But Gareth's instructions regarding the questions was to "bring it on," to which I say: http://bit.ly/1Lkg0BR

I hope they're ready.