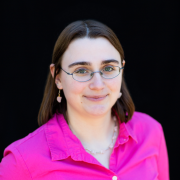 The OpenStack project uses a public code review system and automated series of unit and integration tests before merging to confirm that code submitted is adhering to project standards and doesn’t cause problems for other software in the stack.

The OpenStack Infrastructure team not only manages this system using open source tools like Gerrit and Jenkins for review and testing, but also uses the system themselves for reviewing and testing changes being made to systems running the infrastructure for the project. Puppet configuration files, Python scripts, XML files and more are subjected to automated syntax tests and then collaboratively reviewed in public by community and core team members alike before approval.

This process has allowed the team to have a considerably open approach to systems administration within the project infrastructure. It has also made it much easier to work on effective solutions through code and configuration sharing during the review process. With recent improvements to documentation it has allowed also for easier on-boarding of new and casual contributors looking to get involved with assisting with infrastructure work.