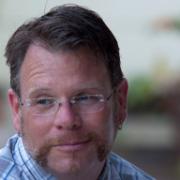 You may have heard the interesting news in the Linux world, that CentOS and Red Hat are embarking on a new journey together in to the future of community development platforms.

"CentOS and Red Hat joining forces" was not something most Linux users expected to hear at the beginning of 2014. Now that the news is out, it's time to write the next chapter of the CentOS story and you can get a first-row seat to hear what's coming next.

While CentOS core is a stable-enough platform for the users who choose it, what really interests us is all the work happening on top of the basic OS. The new CentOS has an open governance that allows interested developers to build and maintain variants of CentOS, which can include new software and changes to any component from core, just for that variant. Since the announcement of this special interest group (SIG)-driven process, a number of interested people have stepped forward to do the work of forming SIGs around cloud, web hosting, desktops, and so forth, with the first variants rolling out shortly after.

In this session you will get a chance to meet, hear from, and ask questions of several CentOS Board members. Johnny Hughes and Jim Perrin are long-time CentOS contributors, both members of the newly convened Governing Board, and instrumental in making CentOS what it is today and engaging with Red Hat. Karsten Wade is a long-time Fedora contributor and Red Hatter, author of The Open Source Way, and project lead/supervisor for the effort that resulted in this new relationship.