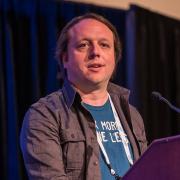 transition.city: bringing transit planning in the hands of everyone

Yannick is a versatile computer engineer working mostly on open source projects. Recently, he has been helping the Chaire Mobilite lab at Polytechnique Montreal opening the code of their Transition plateform and working on their backend infrastructure. He has also teached embedded software development using OSS tools. And in his spare time, he's helping startups figure out their software development and infrastructure needs. Previously, he was a Production Engineer and Hardware System Engineer at Facebook, where he worked in the Kernel and Firmware teams. Before that, he worked on performance analysis tools for Linux, including contributing to the LTTng project, again at the Polytechnique Montreal university. This among various other work in various fields, including medical devices, GPS embedded platforms and web development.