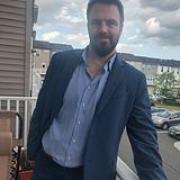 Identifying Slow Queries and Fixing Them!
PostgreSQL Ask Me Anything

Stephen Frost is a PostgreSQL Major Contributor and Committer who implemented the PostgreSQL role system and column-level privileges, and who has made contributions to PL/PgSQL, PostGIS, the Linux kernel, and Debian. He has broad experience with the PostgreSQL authentication and authorization system, Multi-Version Concurrent-Control (MVCC), performance tuning (both system-wide and for specific queries), hacking on PostgreSQL itself, the PostgreSQL community, and PostGIS.