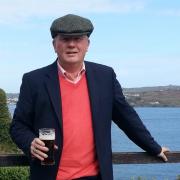 Daniel Walsh has worked in the computer security field for over 35 years. Dan is a Consulting Engineer at Red Hat. He joined Red Hat in August 2001. Dan leads the Red Hat Container Engineering team since August 2013, but has been working on container technology for several years. Dan currently focusess on the CRI-O Container Runtime, Buildah for building container images, containers/storage and containers/image. Dan has made many contributions to the Docker project. Dan has also developed a lot of the software on Project Atomic. He has led the SELinux project, concentrating on the application space and policy development. Dan helped developed sVirt, Secure Virtualization as well as the SELinux Sandbox back in RHEL6 an early desktop container tool. Previously, Dan worked Netect/Bindview's on Vulnerability Assessment Products and at Digital Equipment Corporation working on the Athena Project, AltaVista Firewall/Tunnel (VPN) Products. Dan has a BA in Mathematics from the College of the Ho