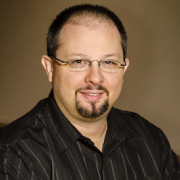 Chet is currently a Principal Engineer at Cisco focusing on delivery engineering for various k8s and container based products.

Chet has more than 20 years of experience working on interesting problems in IT. His career started at a VAR building computer and small business networks. Since then he has held a number of positions including the Director of Enterprise Unix Systems at the University of Southern California (which he graduated from in 2006) and Senior Systems Architect at Ticketmaster Entertainment/Live Nation Entertainment where he was the Senior Systems Architect for Ticketmaster's Transactional API for Partners and iPhone application. Following Ticketmaster Chet was part of the founding team at Metacloud where he held various roles including VP of Engineering and Chief Architect. Chet's passion is working on availability and scalability problems in large scale systems deployments.