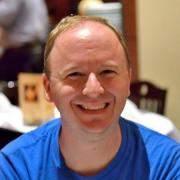 Jon Mason is a Software Engineer with nearly 20 years experience in the industry. Jon joined Arm in October 2018 with his sole purpose being to make all Arm aspects of Yocto/OE as awesome as possible. Most recently, he was employed at Broadcom performing a variety of tasks including Linux kernel bring-up on new Arm SoCs, enabling hardware in u-boot, and porting Zephyr to a new Arm Cortex-A based SoC. Much of this development was done in the Yocto environment, which provided Jon a good background for his current role.

Outside of work, Jon maintains NTB and a few other drivers in Linux.