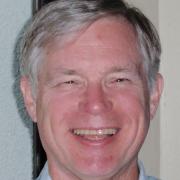 IP Networking is one of the fastest growing modes in amateur radio.  The ham radio internet (lower-case eye) continues to grow in both capabilities and span. Driven by improvements in custom open source software for wireless access points by AREDN (arednmesh.org) and support of equipment from more vendors, it now covers from Santa Barbara to the Mexican border and east at least to the Inland Empire.  At any given time there are more than 300 nodes up and running.

Orv Beach (ham radio callsign W6BI) will detail that growth with emphasis on Southern California, with metrics, maps and graphs.  He'll also cover some of the more significant network events, including the ability to stream video of recent brush fires from networked mountaintop webcams to YouTube.