The Cloud is Just Another Sun 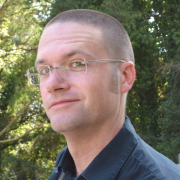 Yet in many ways, this dominance has also bred complacence in the community. On top of all of those Linux instances are many proprietary services, abstraction layers and APIs that make cloud services easy to use for developers, but also turn them into the largest-scale proprietary operating system on the planet, where the network is the computer. Left unchecked, this proprietary operating system has the potential to undo the achievements Open Source software has made in the past two decades.

The Open Source community has seen this "network is the computer" pattern before with Sun Microsystems and Solaris--a proprietary UNIX operating system that administrators ultimately loaded up with GNU software and Open Source services before deploying to the data center. Instead of Linux images running your dynamic Rails application or Docker container you ran CGIs in Apache and portable Java apps in Tomcat. Instead of disposable instances you had hot-swappable CPUs and RAM. Instead of S3 you had NFS.  Expert users would use well-documented but proprietary CLI tools and libraries to interact with the OS and manage their Open Source processes.  Yet in the end, administrators were subject to the roadmaps, whims, pricing structures, expensive hardware, and overall vendor lock-in from Sun. For all of Sun's talented engineers and sophisticated hardware and software, the freedom and values from Linux and Open Source software combined with low-price commodity hardware ultimately dominated the server room.

This talk is part history lesson and part rallying cry. Proprietary OSes and services aren't dead, they just morphed into the cloud. By remembering why Linux was important in the age of Solaris, we can apply those lessons to cloud services before their proprietary APIs and vendor lock-in risk undoing the freedom, open standards, and overall progress our community has made over the last 20 years.