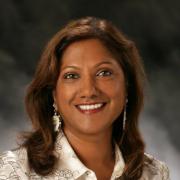 Building Bridges across Company and Community

Yes, you can contribute to open source even if you do not code
Senior Director, Open Source Practice
Comcast

Nithya Ruff is the Senior Director of Comcast's Open Source Practice. Her charter is to drive common open source practices and strategy across Comcast. She is also Director-at-large on the Linux Foundation Board of Directors. She first glimpsed the power of open source while at SGI in the 90s and has been building bridges between hardware developers and the open source community ever since. She’s also held leadership positions at Western Digital, Wind River (an Intel Company), Synopsys, Avaya, Tripwire and Eastman Kodak. At Wind River, she led a team of product managers in managing a world class embedded Linux distribution. As a key member of the Yocto Project advocacy team she helped grow the project and make it a successful embedded project. Nithya has been a passionate advocate and a speaker for opening doors to new people in Open Source for many years.