Postgresql as an Application Modernization and Consolidation Cornerstone 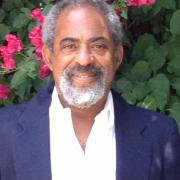 This session presents real world examples of applications that were originally built with development tools and products that are either older, obsolete or that have declining popularity.  It shows how those applications have been modernized in ways that make them compatible with modern application demands. A key feature of this approach is the use of Postgresql as the cornerstone or foundation of the modernization effort.

A typical result of this process is that what was perhaps a 40 year old green screen application based on a non-relational database is transformed into a more useable and futureproof form.  That is it is transformed into an application with a responsive user interface (browser, mobile) that is built on Restful API’s. Further, developers who were once constrained by older technologies are now able to extend and enhance the application using features of Postgresql and other modern technologies such as Angular.js, Bootstrap and JSON.