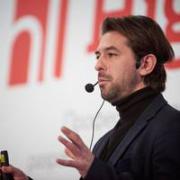 Are you a DBA/devops tired of being asked to also support MongoDB?
Wouldn't it be cool if your current RDBMS could support MongoDB...
without having a MongoDB server?

Would you like to enable your RDBMS to accept true unstructured data
with MongoDB's famous API, while still offering ACID-like capabilities?

ToroDB is an open source project that turns your RDBMS into a
MongoDB-compatible server, supporting the MongoDB query API and
MongoDB's replication, but storing your data into a reliable and trusted
PostgreSQL database. Or analytics databases such as Greenplum or
CitusDB, to also support OLTP and OLAP/DW workloads!

ToroDB natively implements the MongoDB protocol, so you can use it with
MongoDB tools and drivers, and features a document-to-relational mapping
algorithm that transforms the JSON documents into relational tables.
ToroDB also offers transactions, a native SQL API and automatic data
normalization and partitioning based on JSON document's implicit schema.

If you want to have a RDBMS and MongoDB on the same system, you can't
miss this talk!