Penguins all the way up 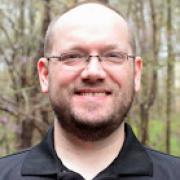 Linux has always been a part of the data center and as such Linux has always been a part of networking. In recent years a number of projects have helped bring Linux to the next level in the data center. Google, Facebook (through the Open Compute Project) and other Web-scale companies led the way by deploying bare metal switches in their data centers, but now others have picked up the charge and created community and commercial offerings that bring this flexibility to any size network. By disaggregating switching hardware and software, customers can now run Linux all the way up the rack, making the language used in the stack common across all the components. Automation, scripting, and applications can now all be shared from the server to the switch. Join us as we talk about the current state of Linux networking and also briefly look at where it is going.