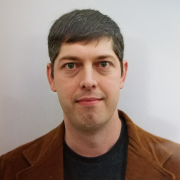 It's no secret that mobile devices have taken the lead over desktops and laptops in the past few years, and every major provider of software on those old systems is trying to make the transition to this new way of computing. While others are splitting their efforts between two or more different platforms, Ubuntu is taking the bold step of unifying all devices on a single platform.

This goal, which we call "Convergence", aims to simplify the ecosystem both for hardware manufacturers, software developers and consumers by giving them a consistent set of tools, interface, and experiences across a wide range of devices, from mobile to desktop to televisions. Rather than try and force all of these devices into using a "one size fits all" interface, Ubuntu will dynamically adapt both it's own interface, and those of applications, to meet the specific needs and capabilities of where it runs, a "right size fits all" approach.

To reach this goal, we've had to tackle three major challenges: building a single common core for Ubuntu, building interface paradigms that work across devices, and finally building a software development toolkit that would work across devices. In this talk I will present each of these challenges and how Ubuntu has overcome them, what that means for applications and app developers, as well as what consumers can expect from Ubuntu when running it on their desktop, phone or tablet.