The Next Generation Cloud: Rise of the Unikernel 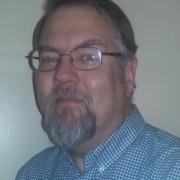 Much excitement has surrounded the rise of Docker and similar Linux Container technologies. The promise of small, portable software deployment packages has excited the minds of many in our industry.

However, few people have yet recognized the arrival of an even more promising technology: the birth of the unikernel.&nbsp; Like container-based solutions, unikernels fulfill the promise of easy deployment. But unikernels deliver much more, including an extremely tiny footprint and a major improvement in security. As a result, the next generation cloud can have thousands of small VMs per host, saving considerable cost in hardware, electricity, and cooling, while reducing the attack surface of malicious hackers.

Xen Project has been at the forefront of Open Source unikernel development with Mirage OS, but it also supports a number of other unikernels, including OSv, HaLVM, ClickOS, and LING (formerly known as "Erlang on Xen").
We will discuss the basics of the unikernel concept and how it wlil shape the future of the cloud. Anyone involved in the Open Source community should attend to learn how the Open Source movement is innovating the next generation of clouds.