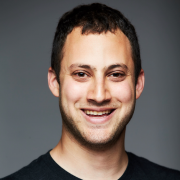 Snap Your App
Terraforming all the things

Nathan is a Site Reliability at Reddit, where he works to architect highly scalable and reliable systems that can be efficiently managed and observed. He has been involved with the open source community for nearly two decades, primarily through his roles as an Ubuntu and Debian GNU/Linux Developer and a member of the freenode IRC staff. Previously, he worked as a Developer Advocate/Software Engineer at Orchid Labs building an open marketplace for bandwidth on Ethereum, and as a Site Reliability Engineer at Yelp.