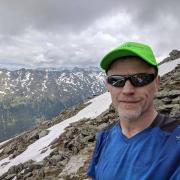 Steven started working on the Linux kernel in 1998, and become a professional (paid) kernel developer in 2001. He's one of the original authors of the PREEMPT_RT patch, that turns Linux into a hard real-time OS, and is also the original creator and current maintainer of Ftrace, the official tracer of the Linux kernel. Steven is still very active in developing new features for Linux as well as getting involved in the community. Steven has given over 80 talks around the world, has been on various conference program committees and currently sits on the Linux Foundation's Technical Advisory Board (TAB).