Educating Underserved Populations Through The Magic of Open Source 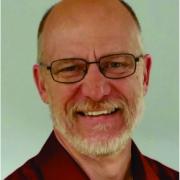 Half of the world -four billion people – cannot reliably use the Internet. It mostly boils down to:

The Kiwix project can help address these barriers by making affordable educational content accessible to people without online access.

Kiwix can compress entire websites to a single file small enough to share via mobile phones, SBC computers such as a Raspberry Pi, or low-bandwidth hotspots.

After an introduction to Kiwix, we will walk through the process of taking the simple Kiwix container image, writing a Helm chart to make it easily deployable on Kubernetes, and then deploy it out as an easily maintainable application via Rancher and K3s.