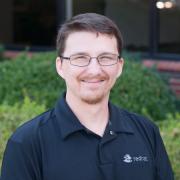 Kenny has worked with UNIX-like operating systems since his introduction to them while serving in the U.S. military in the late 1990s. Kenny has been involved with the Linux community in various capacities such as teaching Linux for a variety of training organizations, deploying Linux in local government institutions up to large Universities, as well as in various large-scale businesses. Kenny enjoys working with open platforms and finding potential new uses for them in a variety of situations. More importantly, he prefers teaching others about Linux so that they can put it to use wherever possible.