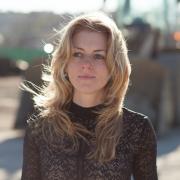 Jessica McKellar is a founder and the CTO of Pilot, a bookkeeping firm powered by software. Previously, she was a founder and the VP of Engineering for a real-time collaboration startup acquired by Dropbox, where she then served as a Director of Engineering. Before that, she was a computer nerd at MIT who joined her friends at Ksplice, a company building a service for rebootless kernel updates on Linux that was acquired by Oracle.

Open source meets criminal justice reform in Jessica’s work with The Last Mile, a job training and re-entry program that has implemented the first computer programming curriculum inside US prisons. She teaches Python at San Quentin State Prison in California, hires formerly incarcerated software engineers, and uses that bridge between the tech industry and prisons to get people activated and acting for decarceration.