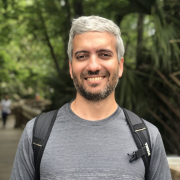 Frank Cancio is a software engineer and entrepreneur. Frank has been exposed during the last 20 years of his career to multiple programming languages and technologies such as ASM, C, C++, Python, C#, Linux Kernel, TCP/IP and most of the mainstream DBMS.

He has extensive experience working throughout the United States, South America, and the Caribbean, primarily through his current role as President of General Software Inc.

More recently, he started an Outreachy Linux Kernel internship with the goal of speed up the process of becoming a proficient Linux Kernel developer and be able to give back to the open-source and free software community. He is currently part of a team that is working on a design and implementation to store tracing events in pstore in a performant and scalable way.