HySDS: Ok, but what the hell is it? 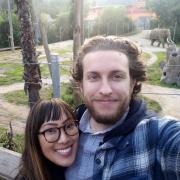 HySDS is a modular, open source, big data processing program being developed at Jet Propulsion Laboratory in Pasadena, CA. In the Fall of 2019, two interns were taken on to improve the documentation surrounding the project. Both for the purpose of onboarding new hires at JPL, as well as generating interest from the general public.
As time went on, the focus changed as the team realized their own onboarding documentation would need work before they could worry about the general public.
The documentation went from being split between three sources, to being compiled in one easy location, with the foundation needed to move forward.
The interns are not professional developers, quite the opposite, making them good candidates for testing the existing wiki. They were chosen as pathfinders; to set the foundation for future interns (and developers) to continue improving the project.
Now one of the interns is here to present what they've learned, and how you can be sure that your documentation helps your open source project rather than hindering it.