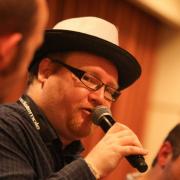 Data collection is in the news, and people feel uneasy and disquieted about it. We decided as a society that we’d rather pay for things with our data and our eyeballs than our money, and that’s a perfectly reasonable tradeoff to make, in theory. But what’s being done with our data, and what can be done with it, goes beyond what almost anyone expected.

Here, we’ll look at a bit of history, and then talk about ways to fix this; ways to still allow businesses to gather the data they need to provide the best services but without disquieting their users. We’ll look at the randomised response method, and flattening out data collection to give the same statistical summary but without compromising user privacy.

There’s a growing desire for services which don’t feel like they’re exploiting users, and increasingly we’re seeing legislative attempts to meet that desire – look at the GDPR as an example. User privacy is a powerful attractor because it lets you compete against players who have made omnivorous data capture the core part of their business model; if you respect your users’ data then those players cannot match you because they can’t afford to pay the same respect.

Whoever gets this right will define the next ten years of computing, in the same way that mobile did and social did; it’s a sea-change, a critical feature that affects everything. Privacy could be the next big thing.